Popping up inside the YBF tent, The Chase Bar returns for another year serving up seasonal cocktail fresh from the farm.

Showcasing the best emerging food and drink talent the country has to offer, you’ll be able to sit on long communal tables, together with friends and strangers, and enjoy a snack, a good coffee, a meal, or a drink made by some of the people leading the food and drink scene the UK. The Chase Bar and Shop will be featuring again at this years Ludlow Food Festival. This will be out 5th year at the festival and have been present ever since we first started distilling in 2007.

Ludlowfirst established a reputation as a foodie’s paradise in the mid-Nineties. Then, the town boasted three Michelin starred restaurants in a town of 10,000, outclassing Birmingham, with a population of more than a million people.

Now in its 19th year, it’s also one of the largest. Last year, 25,000 people streamed through the medieval castle gates to visit the stalls and demonstrations within.

The Abergavenny Food Festival aims at celebrating the ‘craft’ of food-making, and focuses on the ‘diversity’ of food in Wales and throughout the world. The festival is an excuse to enjoy the social-side of eating, and meet some new people whilst doing so.

The Observer Food Monthly has compared the importance of Abergavenny Food Festival to Cannes Film Festival, as the festival is becoming well-known for spotting future stars.

The Chase shop will be popping up in the market hall showcasing the full range. Whilst up at the Castle, the Chase bar will be in full swing with in season cocktails from the farm on offer.

William Chase will also be talking to The Daily Telegraph food-writer Xanthe Clay in the Borough Theatre.

For one night only, London’s best bars are coming together under one roof to serve killer cocktails and share their skills. It’s the ultimate, interactive cocktail experience, and following its success across the UK it’s coming to London for the first time ever.

The Harvey’s Marmalade Fizz is made with:

· Shake a second time with ice

· Add the Marmalade to the bottom of the jar 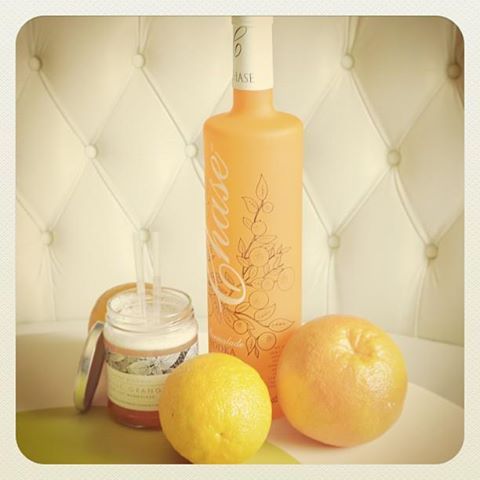